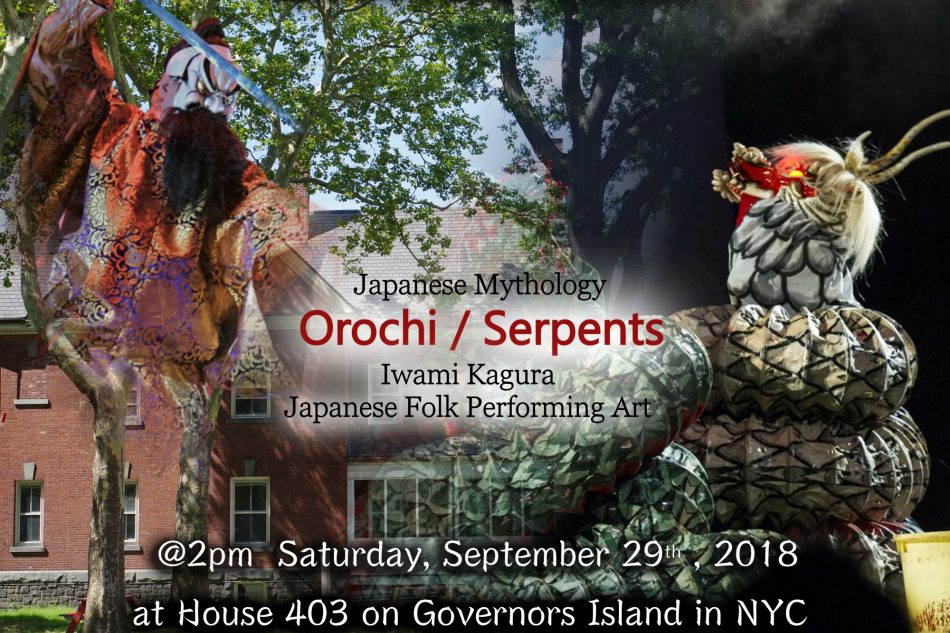 In Japan, Kagura is generally a Shinto ritual dance. However, Iwami Kagura is currently known more for its festive entertainment elements and enjoyed by the general public rather than being confined to religious circles.

JPA will perform the “Orochi” episode, or “Serpents” from Japanese mythology, of Iwami Kagura. The performance will be accompanied by explanations of Iwami Kagura, the Orochi story, and the props used during the performance such as the masks and serpent bodies (which are made with paper and bamboo). JPA will also demonstrate the techniques used to make the 55-feet Orochi life-like and how to fight with them, then invite some audience members try on and handle the Orochi.

Live music with traditional Japanese instruments will accompany the performance.